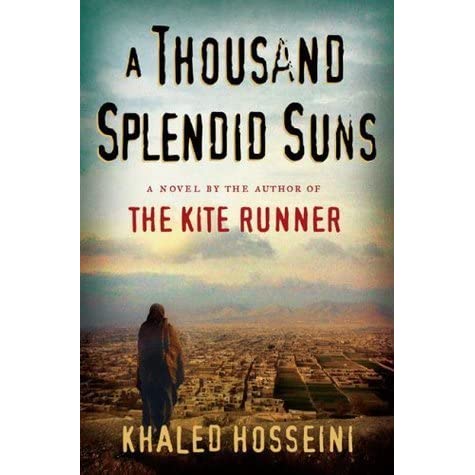 "A Thousand Splendid Suns is a breathtaking story set against the volatile events of Afghanistan's last thirty years - from the Soviet invasion to the reign of the Taliban to post-Taliban rebuilding - that puts the violence, fear, hope, and faith of this country in intimate, human terms. It is a tale of two generations of characters brought jarringly together by the tragic sweep of war, where personal lives - the struggle to survive, raise a family, find happiness - are inextricable from the history playing out around them."

In the first part of this book, the life of Mariam is described. Mariam lives together with her Nana on the outskirts of Herat. Once a week, Mariam gets a visit from her dad, who lives in Herat with his seven wives and children. Mariam is an outsider. One day, Mariam decides to go to Herat with her dad to the cinema he owns. However, this day turns her entire life upside down. In the second part of the book, the life of Laila is envisioned. Laila is a young girl living parents in the grant city of Kabul. She spends lots of her time with her best friend, Tariq. But then, one day, the Taliban invade the town, and everything is turned upside down. Tariq and his family decide to leave the city when the city does not feel safe anymore. Laila, her mammy and babi are left behind. On the day they chose to flee the city, the Taliban bombed the town, and Laila's life took a turn for the worse. In the third and last part of the book, Laila and Mariam merge their lives. They are living the same life, experiencing the same horrendous experiences.

When I started this book, I had no expectations. Although, I was told that this book was going to break me. And it did. Without spoiling the content of this book, this book was just a terrible but needed picture painted of the truth. This book describes all the horrible things that happened and are still happening in Afghanistan. I cannot even imagine how the characters in the text must have felt. It is just the most terrible thing to ever happen. Women's rights were taken away completely. Assault on women who did not obey their male relatives. Women are just completely giving their life away to men. That is not okay. Moreover, an entire country was ruined. Is it absolutely devastating, and I do not think I can express how awful these events are. I absolutely 100% recommend this book to everybody. Everybody has to read a book similarly, if not this, at least once in their lives. It is heartbreaking, but it is the truth. 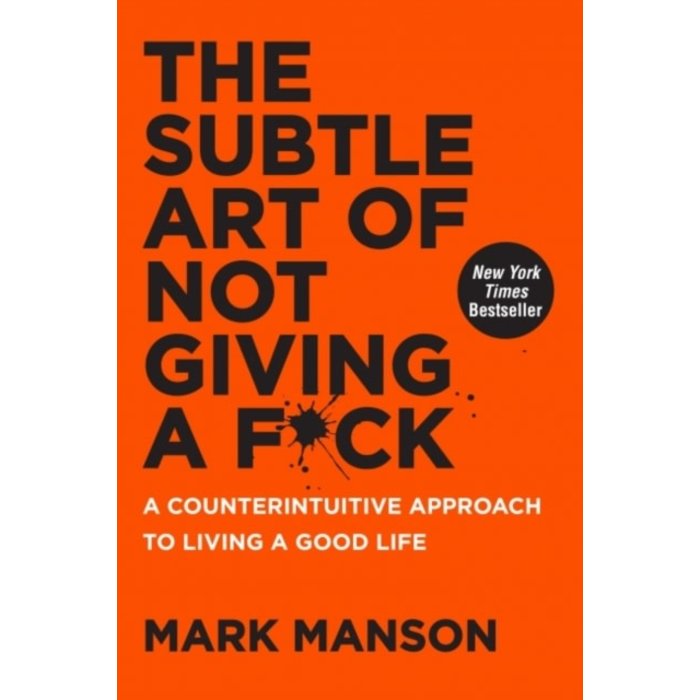 The Subtle Art of Not Giving a Fuck - Iris

In this book Mark Manson is trying to tell us how to live your best life possible. Finding something important and meaningful in your life is the most productive use of your time and energy. This is definitely true because every life has problems associated with it and finding meaning in your life will help you sustain the effort needed to overcome the particular problems you face. Therefore, we can say that the key to living a good life is not giving a fuck about more things, but rather, giving a fuck only about the things that align with your personal values.

The most important lesson is thus: Only give a fuck about things in life that are important for you!

In his book Mark Manson mentions a few very important life lessons that he learned during his life. He explains not giving a fuck and he teaches how you should not give a fuck. A few of the most important lessons he gives in his book are:

These are lessons that make you look with a different perspective to your problems in life and your actions towards them. Of course, these are some hard statements, however, in his book Mark Manson is explaining them in a more nuanced way and he gives practical advice! 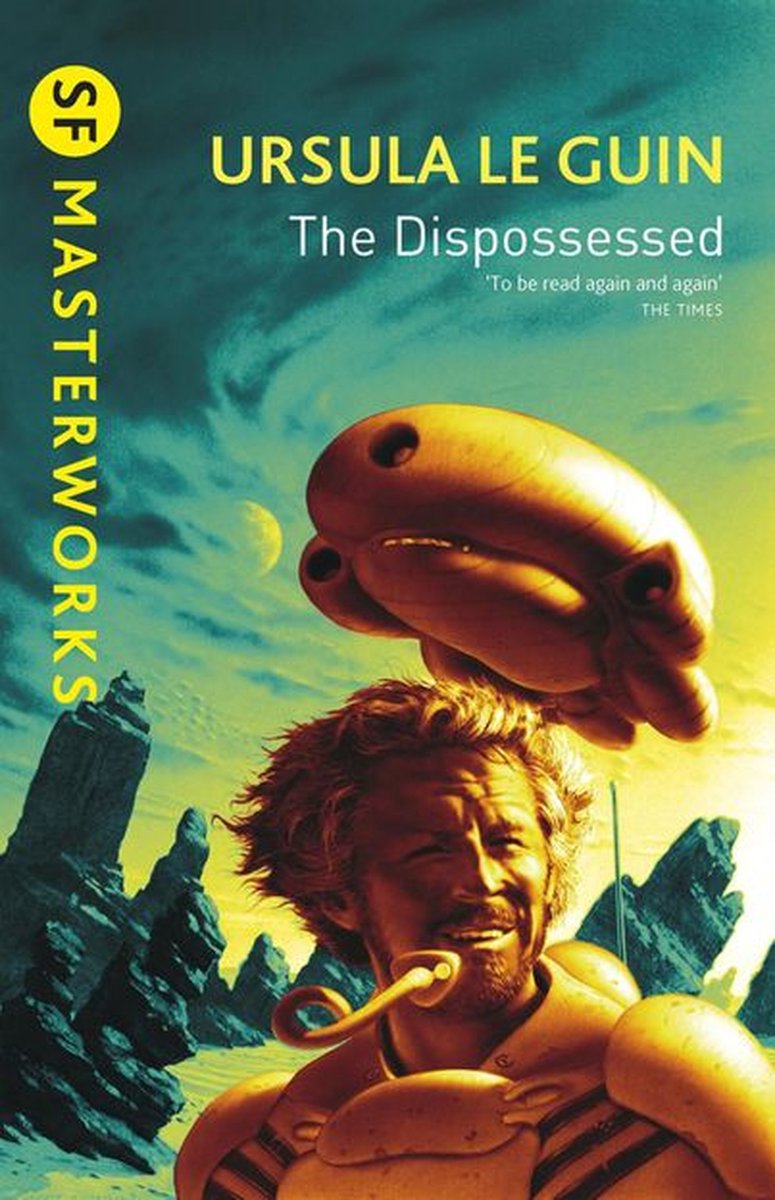 The Dispossessed is about two communities that once had a common ancestor but later separated and lived on different planets. The planet Urras is very similar to our world in terms of abundance of natural resources and borders, while Anarres is a satellite of Urras and is barren and arid because it is a planet made suitable for later life. On Anarres, there are no borders and no property. All available resources are shared for the equal use of everyone, and everyone does what society needs at that time.

Anarresti describes themselves as Odonians, named after Laia Asieo Odo, mother of the idea of ​​living without properties and author of The Prison Letters and Analogy. Odo lived and died generations before the time of Shevek, the book's protagonist. The migration to Anarres occurred a year after Odo's death, and since then, Odonians have lived in an anarchist, stateless society. Shevek is the only person born on Anarres to travel to Urras since the migration to Anarres, which is why he is called a traitor by some in Anarres society.

On Anarres, people have no property, no locks, no prisons, and no rules. The only rule that exists is that everyone should act without selfishness, considering the other members of the society they describe as brothers and sisters. Children are taught not to own things and always act by thinking of others from an early age. Since no one owns any property, there is no money. Anyone can benefit from existing resources regardless of their status. However, how could these people from Urras adapt to this life to such a degree within a few generations? The answer lies in Pravic, the new language that Odo developed and the Anarresti continue to use. There are no possessive suffixes in this language. Since people do not claim anything, they talk about the house, not my house, the mother, not my mother, the job, not my job. This brings to mind the Sapir-Whorf Hypothesis.

How different communities in the world perceive the world, time and space are different from each other. We usually attribute this to cultural differences. On the other hand, Sapir-Whorf Hypothesis argues that cultural and specific individual differences stem from language. Language shapes people's way of thinking. In the book of the Dispossessed, we can see other examples of this, besides not using the possessive suffix. While Shevek was still on the spaceship towards Urras, he had a conversation with an Urrasti doctor. Shevek attributes why it is difficult for Anarresti people to think deeply about religion and to believe in different religions because there are no religious words in Pravic. In the same speech, Shevek says that the concept of superiority-inferiority, which is essential to the Urrasti, means nothing to him. There is no hierarchical formation on Anarres as everyone is seen as equal. Urras, on the other hand, contains hierarchical relationships quite similar to our world. Certain professions are more respected in society, and gender equality has not yet been realized. So, in Pravic language, people use the phrase "more central" to mean better, while in lotic, the language of the Urrasti doctor's country, "higher" means better.

It is possible to witness how effectively words can shape individuals' perspectives on life and their way of thinking in various parts of the book. Although Guin clearly writes that these differences are caused by language at some points, in others, she implies them and expects us to understand. Being able to notice these details was one of the reasons for me to read the book with pleasure. The Dispossessed, which also contains psychological elements other than just linguistics, satisfied me both literary and philosophically. After reading this book, I believe that most of you cannot stop thinking about it for a while. 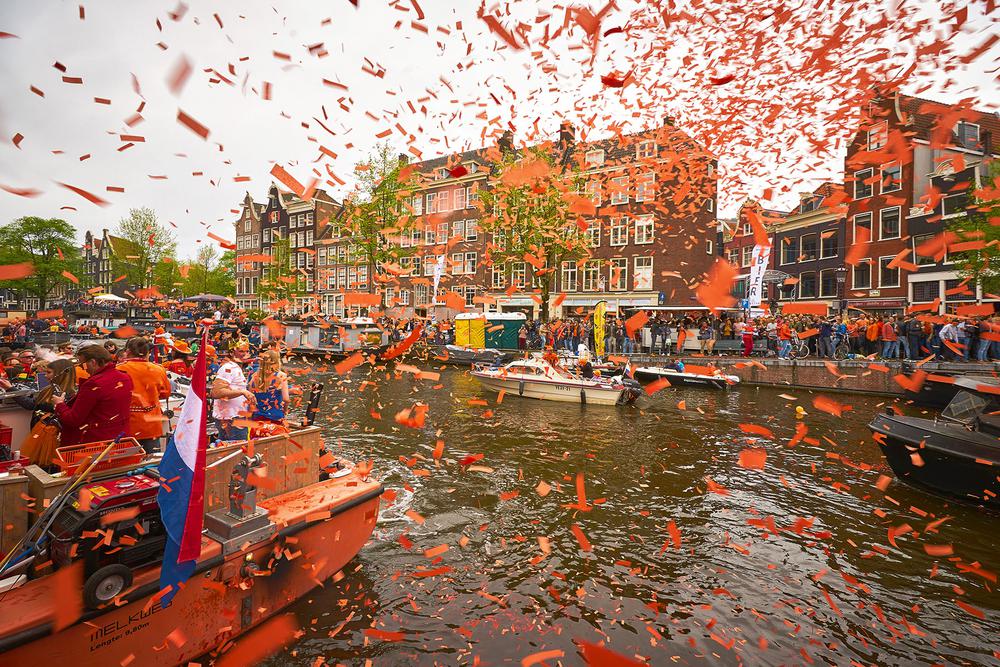 In the Kingdom of the Netherlands the Koningsdag (King’s Day) is not only a national holiday, but it is the celebration of the King’s... 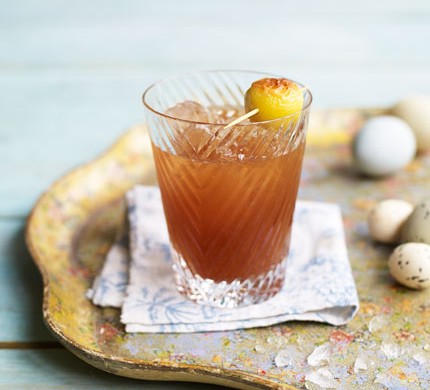 Easter Cocktail Recipes Easter is coming up and who does not love a good cocktail during a holiday? Therefore, we will provide you with...