Holidays at Dimensie - A Christmas Story 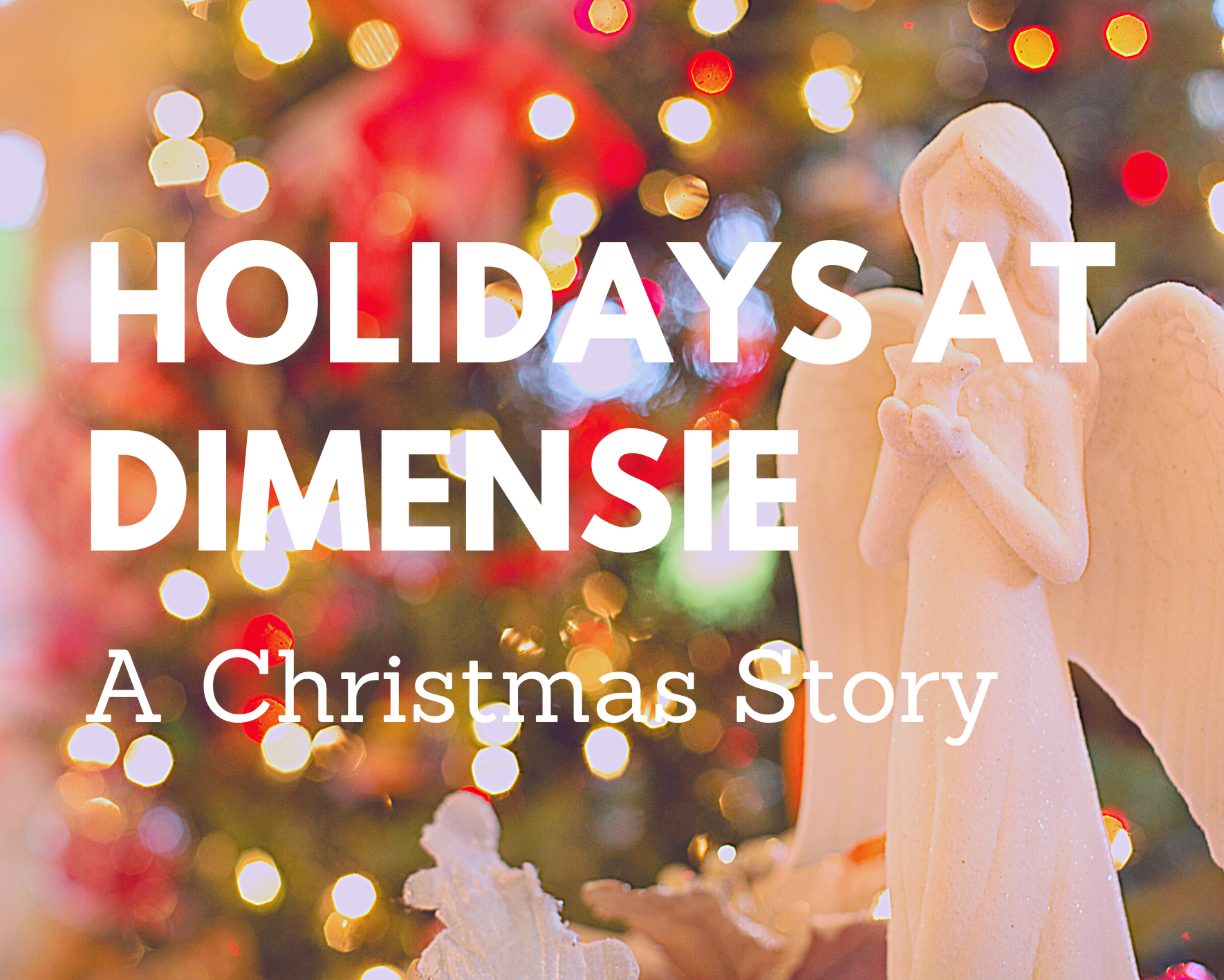 For our Christmas post, we wanted to share a Christmas story with you. It was originally written by one of our members’ great-grandmother, Anni Jensen-Michaeles, who published a book after World War II.

The story takes place during the holiday season. It begins with a little girl, who lived alone in a city. Her parents died years prior to the events of this story, and she didn’t have any other family members left. She worked for a family to get some meals and a place to sleep. One day, while she worked, the little girl heard songs from the Christmas market next to the house. Because she always loved Christmas markets, she decided to go there. At the market, there were a lot of Christmas booths, some with candies or drinks and some with toys. However, there was one booth that caught her attention the most; in the middle of the square there was a carousel with various figures, and one giant swing with a friendly-looking angel figure in front of it. The girl was delighted by the angel and wanted to take a ride on the carousel really badly. Because she didn’t have enough money with her, she decided to ask the owner of the carousel if she could take a ride even if she was only able to pay half of the price. But the owner was very rude and told her to go away if she doesn’t have enough money.

After that, the little girl went back home, disappointed by the owner and by herself. But she couldn’t stop thinking about the kind-looking angel figure, even when she went to bed later that night. She couldn’t fall asleep and while she laid in her bed, still thinking about the carousel and the angel, she decided to go to the Christmas market again and visit the angel again.

As she arrived at the carousel, she sat down in the swing with the angel and closed her eyes, full of joy that she could now, finally, sit in the swing near to the angel.

He turned his head around to her and said that he recognized her from earlier that day and how sorry he was for the owner’s response to the little girl’s request. The angel asked if the girl still wanted to take a ride on the carousel, and the little girl nodded, turned speechless from what was happening. As the carousel started to spin around, it went faster and faster until the angel with the swing and the little girl in it started to lift off the carousel into the sky. They rose higher and higher until they broke through the cloud cover and finally stopped.

The little girl couldn’t believe her eyes when she saw where they landed. There was a little village with a forest right in front of her, up in the sky! “Welcome to the Christmas land,” the angel proclaimed and smiled. He asked if she wanted to be shown around and the little girl nodded again, very enthusiastic but still speechless.

So the angel showed her everything, the houses, the square, the reindeer barn, and finally the Christmas workshop, where Christmas elves build all the toys for the children down on earth. They went inside so that the little girl could look around and see everything.

Inside the workshop, there were all the toys that the little girl ever dreamed of but never could have had. And everyone looked so happy, the elves and the dolls which were built by the elves. However, there was one doll that particularly drew the little girl’s attention because she seemed sad. The girl asked the angel what happened, why the doll was so sad. An elf heard the question and explained that the doll is so sad because there aren’t any clothes left for her, and she can’t be sent to earth like this, even though this was her biggest wish. The girl felt pity for the doll and gave her scarf to the elf and asked him if he could make some clothes out of it. Even though it was her only scarf, the little girl was very happy about being able to help the little doll, who immediately started to smile again.

The angel and the little girl spent some more time in the Christmas village until they went down to earth again. Before they left, an elf who showed them the workshop earlier asked if the little girl had any Christmas wishes, as a thank you for her help. The little girl smiled sadly and said that she didn’t want anything, except to have a family again. Then she climbed in the swing and closed her eyes on the way back to earth.

As she opened her eyes again, she heard a strange, but kind sounding female voice who tried to wake her up with nice words. A kind-looking woman was sitting in front of the little girl, and as she looked around she saw that she wasn’t at the carousel, and the angel was also nowhere to be found. Instead, she was lying in a comfortable bed, with soft bed sheets. The bed was part of a big bedroom, which the girl never had seen before. She wanted to ask where she was and what had happened but the woman was quicker and told her what happened. The carousel owner found her in the swing, just lying there, freezing cold. The owner thought that the little girl was frozen to death and shouted for help, just when the woman came across the square and saw what happened. She took the little girl home with her, wrapped her in a lot of blankets to warm her up, and waited until she woke up.

The little girl was very happy when she heard the story and even happier when the woman asked her whether she wanted to stay with her if she didn’t have any other place to go. The girl replied that she didn’t have not have a family of any kind and would be happy to stay, which made both of them very happy. After they talked for a while, the woman wanted to show the little girl around the house, therefore they first went into the living room where a big Christmas tree was standing in the middle of the room with a lot of presents underneath it. And there was the doll too! The doll that the little girl gave her scarf to!

The little girl ran to the doll and hugged her closely, so happy and relieved that everything turned out well for her and that she had a new home now. 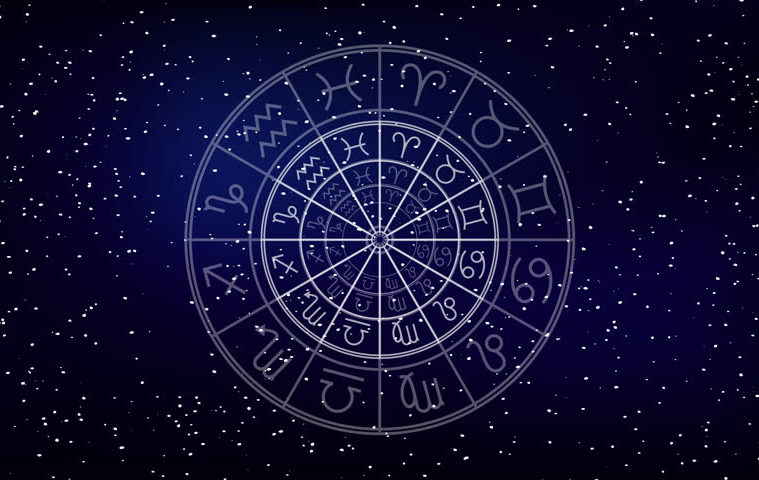 Aries 2021 is going to be your year!  Although the phrase ‘young and wild and free’ should not be used any longer, it would be the... 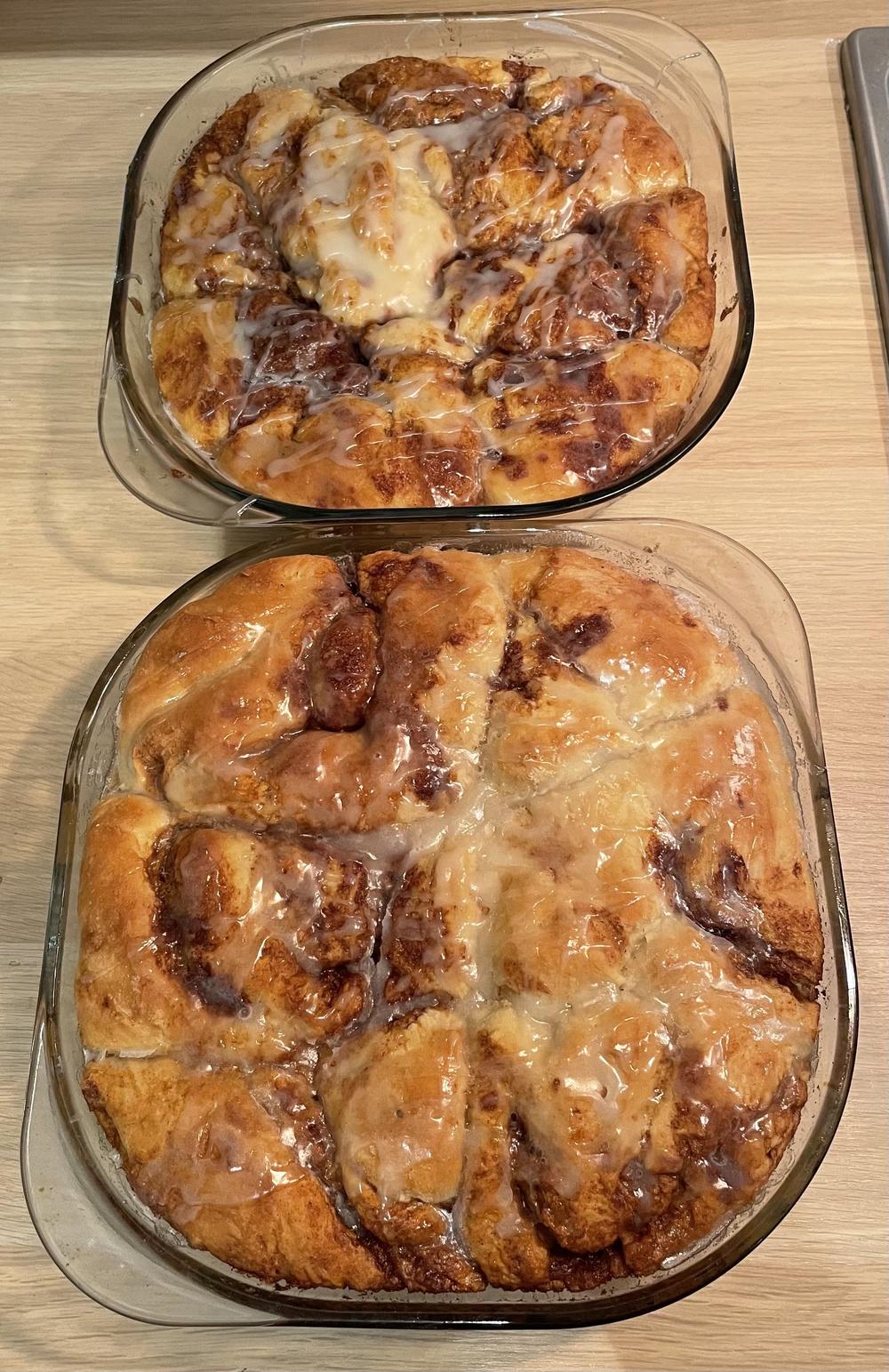 It is almost Christmas, which means that you have to think about your Christmas dinner. We want to give you some inspiration for your...